Selling into America? Here’s what you need to know about ‘Sales Tax Nexus’…

It’s not just music stars and actors that make a big deal of cracking the American market. For many e-commerce sellers, too, making sales on the other side of the Atlantic marks a huge opportunity for growth.

But if your business has gone transatlantic - or if you have plans to conquer America in the future - then you need to be aware of something called ‘sales tax nexus’.

What is sales tax nexus?

In America, every state has its own sales tax requirements. Sales tax nexus is essentially the idea that if your business has some kind of presence in a particular state, you’re bound to comply with that state’s sales tax laws.

Up until recently, that ‘presence’ meant a physical presence - so you’d have to have an office, a store or a warehouse in a state in order for that state to collect sales tax from your business.

But, in 2018, a court case involving online retailer Wayfair changed all that.

The ruling, in favour of South Dakota state, judged that an ‘economic connection’ creates nexus just as much as a physical presence.

In other words, if you’re making a high number of sales into a particular state - regardless of whether you have a physical store there (or indeed anywhere) - you’re still legally bound to follow that state’s sales tax requirement.

If you’re an e-commerce business selling into America, you need to try and establish if and where you have nexus - and it can get quite complicated quite quickly!

Every state has a different threshold, typically declared as both an amount in dollars and a number of transactions. For instance, in Kentucky, you’re obliged to comply with the state’s laws if you make more than $100,000 of sales, or just 200 sales transactions in the state per year.

Some states, including Tennessee and Texas, have a much higher threshold of $500,000 (and no stipulation on transaction numbers) - meaning most online sellers are unlikely to be affected in these areas.

However, other states like Oklahoma have thresholds as low as $10,000, which could draw more modestly-sized retailers into their remit.

What to do if you have sales tax nexus…

If you think you might exceed the sales tax nexus in a certain American state, your first port of call might be to contact the state’s tax authority.

They’ll be able to confirm if you do indeed have nexus in the state, and advise on the protocol you need to follow in order to comply. In most cases, you’ll have to register for a sales tax permit.

You’ll then need to start collecting sales tax from any future buyers in that state - and again, here’s where it gets tricky. Because not only does every state have its own threshold, it also has its own rate of tax.

For example, California’s standard tax rate is 6%. In New York, the rate is 4%. And, just to make it even more complicated, each city or district within those states is allowed to add on their own city tax.

Once your head has stopped spinning, you’ll need to do some investigating into the states in which you do business, to see where compliance may be required.

You’ll also need to think about how you track and record your sales, and how your payment processes may need to change to take into account the very specific locations of your buyers.

If you’d like support in the area of sales tax nexus, then you might also want to give us a shout at Inform. With access to a range of tools that could make your life easier, we’ll help you crack America without the hassle… 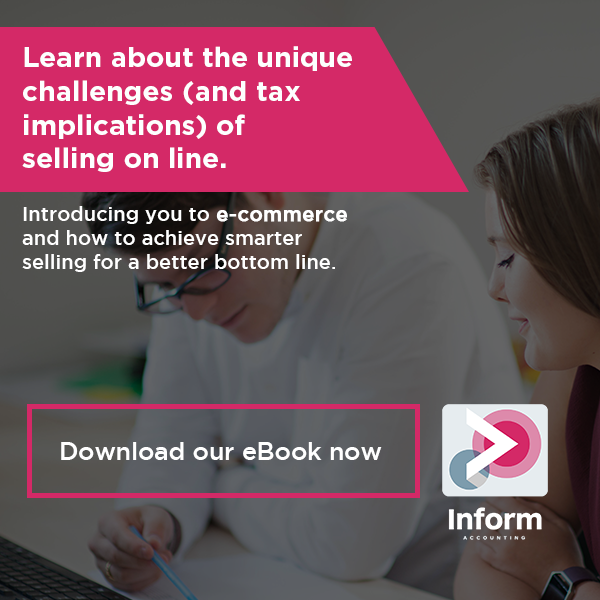 A guide to VAT for e-retail businesses

"Give me a break": 4 top tax incentives your small business might be missing out on....