by Sian Kelly | Filed under payroll 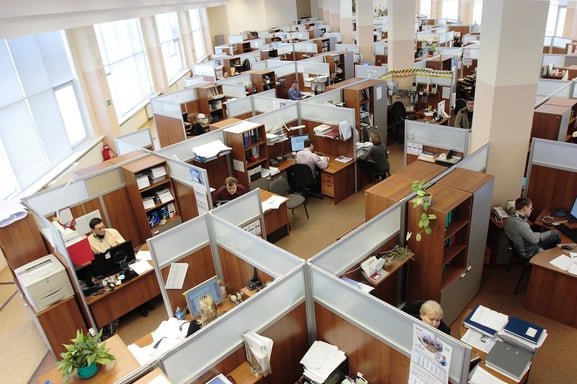 Last week we shared a blog covering the main updates to the Coronavirus Job Retention Scheme as announced by the Chancellor on Friday 29 May.

Whilst we’re still waiting for a further announcement later this week (confirmed 12 June), we’ve provided some additional details on other changes to the scheme here.

Any employee that has been furloughed at any point during the period 1 March to 30 June is eligible for the new flexible furlough scheme.

The scheme will close to new entrants from 30 June. From this point onwards, employers will only be able to furlough employees that they have furloughed for a full three-week period prior to 30 June.

This means that the final date by which an employer can furlough an employee for the first time will be the 10 June, in order for the current three-week furlough period to be completed by 30 June.

From 1 July, the number of employees an employer can claim for in any claim period cannot exceed the maximum number they have claimed for under any previous claim.

A limit has been placed on the number of employees that you can place on flexible furlough from 1 July. You are restricted to the maximum number that you have claimed for under any claim previously. Practically, this means you will need to work out how many employees you will want to put ‘bring back’ on part-time furlough, and ensure that at least one of your previous claims covers this number of employees.

There’s still time to address this issue - take a look at the example below.

Any previous furlough agreement ceases to be in force, and the new agreement will replace this from the date specified in the terms (at the earliest 1 July).

If you currently top up 100% of employee salaries, you can reduce furlough pay

Due to the extension of furlough until the end of October and the requirement for employers to start paying towards this cost from 1 August, you may wish to reduce furlough pay if you are currently topping up the 100%. To do this, you must have a new or extended furlough agreement (dependent on the terms of the original furlough agreement) outlining the changes to pay, and this must be signed by the employee(s) affected.

No minimum furlough period from 1 July

The grant claim will only be paid to cover the cost of employees for the hours not worked. Note here that this has changed to ‘hours’, rather than days as under the previous rules. The claim will be calculated by reference to the employees usual hours worked in a claim period. Employers will need to report hours worked and the usual hours an employee would be.

This means that employers will need to have systems in place to accurately record the hours worked by employees, and the hours not worked (i.e. on furlough).

Employers will be expected to cover the cost of employees, including all taxes, in line with their ordinary contract of employment.*

*it is unclear yet as to whether you can bring back employees on a reduced salary, as the furlough pay is paid on the basis of pre-furlough salary. More details on this are expected to be released in the coming weeks.

Claim periods must no longer include overlapping months

As the rules for CJRS 2.0 come into effect from 1 July, employers that had previously made claims for overlapping months will no longer be able to do so.

Making changes to your claims if you have over-claimed

If you’ve made an error in a CJRS claim that means you received too much money, you must pay this back to HMRC.

The application system has been updated so you can tell HMRC if you have over-claimed in a previous claim – when you apply you’ll be asked if you need to reduce the amount to take account of a previous error. Your new claim amount will be reduced to reflect this. You should then keep a record of this adjustment for six years.

If you have made an error in a CJRS claim and do not plan to submit further claims, HMRC are working on a process that will allow you to let them know about your error and pay back any amounts that you have over-claimed. Guidance will be updated and we’ll keep you informed when this is available.

Additional guidance on the furlough extension and changes to the Self-employment Income Support Scheme was published by the Government on 29 May and can be found here.

There are still some unanswered questions, but the government has confirmed that full details will be released on 12 June. We will keep you up to date as soon as this information becomes available.

While it’s great that funding is available over the coming months, the new rules do make furlough more complicated. So, it’s vital to track and record your staff’s working hours carefully to apply for your grants and to provide our payroll team with correct and timely information.