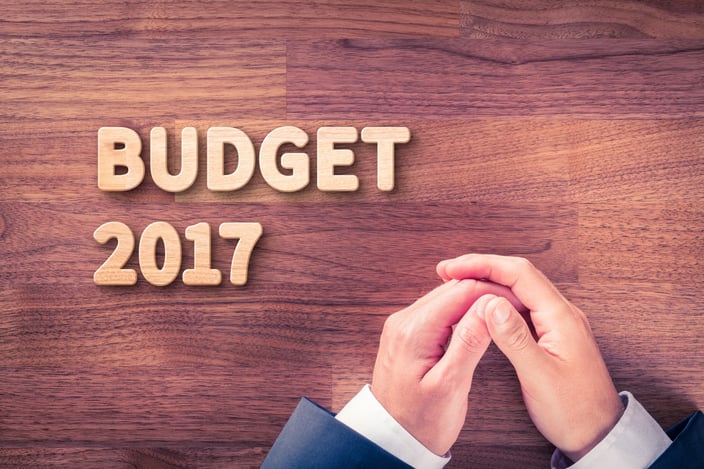 Keeping you up-to-date on the Chancellor’s Spring Budget announcements.

ATTACK ON SELF-EMPLOYED IN BUDGET

In his first Budget on 8th March the new Chancellor Phillip Hammond announced that he would  level the playing field between employees and the self-employed by increasing Class 4 National Insurance Contributions (NICs) from 9% to 10% from 6 April 2018 and then to 11% from 6 April 2019 (although following the headlines today 10/03 there may be a delay/u-turn on this http://www.bbc.co.uk/news/uk-politics-39227559).

His justification is that the self-employed are now entitled to more generous state benefits than in the past and thus NIC rate should be increased towards the 12% Class 1 NIC employee rate. Note that the flat rate Class 2 NIC contributions, currently £2.80 a week, cease on 5 April 2018.

The chancellor stated that only the self-employed with profits in excess of £16,250 will pay more national insurance.

TAX FREE DIVIDEND ALLOWANCE TO BE REDUCED TO £2,000
The Chancellor also announced measures to limit the rise in tax-driven incorporation. The £5,000 tax free dividend allowance introduced by George Osborne will be reduced to just £2,000 from 6 April 2018. Mr Hammond claimed that many smaller owner-managed businesses have incorporated as limited companies mainly for tax reasons. Typically the director/shareholders of such businesses have paid themselves in dividends and paid less tax than similar unincorporated businesses.

Currently, once the dividend allowance has been used the remaining dividends are taxed at 7.5%, 32.5% and then 38.1% depending upon whether the dividends fall into the basic rate band, higher rate band or the additional rate. There are rumours that these dividend rates may also be increased in future years.

Although the cut in the tax-free dividend allowance is clearly aimed at owner managed companies, it will also impact on those with substantial share portfolios. Mr Hammond reminded us in his speech that the annual ISA investment limit increases to £20,000 from 6 April 2017 and that dividends on shares held within an ISA continue to be tax free.

The Government is committed to the "Making Tax Digital" (MTD) project which is scheduled to start in April 2018 with the first quarterly updates being submitted by the self-employed and property landlords in July 2018.

Many business owners, professional advisors and the Treasury select committee had expressed concerns about the timescale for the introduction of MTD. The Chancellor announced that there will be a one year deferral in the start date to 2019 for self-employed businesses and property landlords with gross income below the VAT registration limit.

Another way of delaying the start of Making Tax Digital (MTD) would be to change the year end of your business. The legislation in the latest Finance Bill specifies that MTD will apply to accounting periods commencing on or after 6 April 2018.

Contact us to discuss the full tax implications of such an action.

The Chancellor announced that the Government is committed to continue to have the lowest corporate tax rate of the G20 major trading nations.  As already announced the corporation tax rate reduces to 19% from1 April 2017 and then to 17% from 1 April 2020.

The corporation tax rate for small and medium sized companies trading in Northern Ireland will be reduced so that such companies can compete with those in the Republic where the rate is 12.5%.

The Government is also keen to continue to encourage investment in research and development (R&D) and the Chancellor announced that the R&D tax credit claim procedure would be simplified.

The chancellor also announced that the new tax-free childcare scheme is due to start in 2017.

The scheme will provide up to £2,000 a year in childcare support for each child under 12 where the parents save in a special account. If they save £8,000 the government will top up the account with 20% to a total of £10,000 which can then be used to pay for childcare costs. 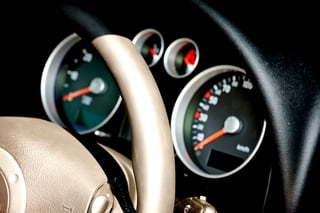 These are the suggested reimbursement rates for employees' private mileage using their company car from 1 March 2017. 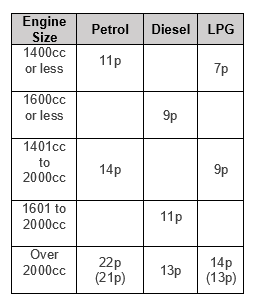 Where there has been a change, the previous rate is shown in brackets.

You can continue to use the previous rates for up to 1 month from the date the new rates apply.

Get in touch with Inform if you need further advice on any tof the changes in the budget or any other tax related matter.

Correcting mistakes in your tax return