A new start up business- what profits are taxed? 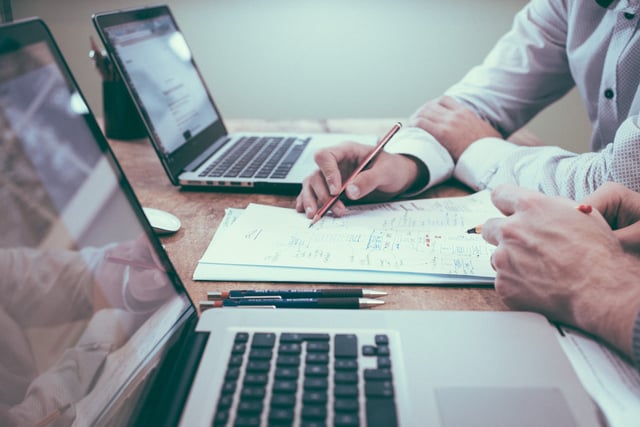 An unincorporated business pays tax on what is known as the `current year basis’. This means that, as a general rule, the profits for a tax year are taxed by reference to the profits for the 12 months to the accounting date that ends in that tax year. So, for example, if Joe has been in business as a sole trader for many years and prepares accounts to 30 June each year, for the 2017/18 tax year he would be taxed on the profit for the year to 30 June 2017.

Special rules apply in the first few years of trade. The first year is taxed on the actual profits from the start of the business until 5 April at the end of that tax year. The basis period for year two depends on whether there is an accounting date (i.e. the date to which accounts are prepared) in that year and if so, whether that date is more or less than 12 months from the start of the business. Once year three is reached, the current year basis applies, and profits taxed are those for the 12 months to the accounting date ending in that year.

The following table shows the rules applying in the opening years.

When applying the opening year rules for Years 1 and 2, accounts drawn up to 31 March or to 1, 2, 3 or 4 April are treated as being equivalent to the tax year unless the taxpayer elects otherwise.

Lulu started trading on 1 June 2016. She prepares accounts to 30 April each year. The basis periods for the first three tax years are as follows:

Relief for these overlap profits are given either when the trade ceases or there is a change of accounting date and the basis period for the year in which the change occurs is longer than 12 months.

A business can choose the accounting date that best suits the business. This will affect the profits assessed in each tax year and the extent of overlap profits. A date early in the year will give the maximum cash flow benefit.

Get in touch with Inform if you need further advice on your start up business and any tax related matters.

A quick guide to Corporation Tax and trading losses