The big misconception about costs when a property is first let 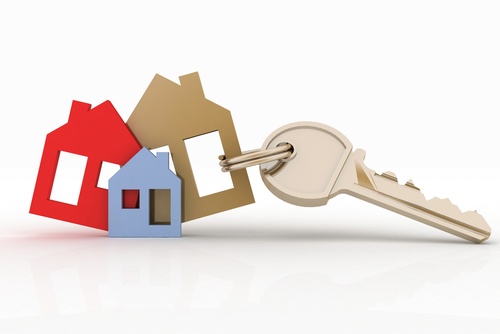 There is a common misconception among buy to let landlords – and some of their accountants – that the cost of repairs to a newly-purchased property cannot be claimed before it is first let out.

In fact, such repairs are an allowable expense provided certain conditions are met, and if allowable, they are treated as if they were incurred on the first day the property is occupied. The important distinction is between work on the property which is “capital expenditure” - effectively, part of the cost of acquiring the property and making it fit for use in the letting business, and expenditure which is no more than routine maintenance – even if that maintenance is quite extensive as a result of the previous owner’s neglect.

The test is this: was the property fit to be let before the repairs were carried out? If it was, then the repairs are an allowable expense against the rent once the property is let. The law on this subject is derived from two tax cases which were heard shortly after the end of the Second World War.

In one case, Odeon Cinemas claimed the cost of repairs to various cinemas they had bought up after the end of the war and refurbished before opening them to the public again. Although the cinemas in question were in a poor state of repair, the Court was satisfied that they were nevertheless usable, and Odeon were simply carrying out routine maintenance which had been neglected during the war. They were also satisfied that the price Odeon paid for the cinemas was not significantly lower as a result of the condition they were in.

The other case concerned a ship which was also bought just after the end of the war. It too was in a poor state of repair, to the extent that it was classified as not being seaworthy. Given the times, a temporary certificate of seaworthiness was granted on condition that the ship was sailed straight to a port where it could be extensively repaired. When the claim for these repairs came to court, the verdict went against the ship-owners. This was because it was clear that (despite the temporary certificate granted because of the post-war shortage of ships) the ship was not fit for use and the repairs were necessary before it could be used for the owner’s trade. It was also the case that the price paid for the ship reflected the fact that it was unseaworthy. The cost of the repairs was therefore capital expenditure, being part of the cost of acquiring the ship as a useable asset for the trade, in contrast to the Odeon cinemas, which were already useable when purchased, and simply needed their neglected routine maintenance brought up to date.

Is your property a cinema or a ship?

This distinction between capital expenditure and repairs applies to any work carried out on a property, at any stage in its ownership, and there is nothing special about work carried out before the first letting. The same rules apply, and expenditure on normal maintenance is an allowable expense whether the property has already been let or it has only just been purchased. Need to know: A landlord should look at the property he has just bought for his letting business and consider whether it is more like a rather tatty cinema, or an unseaworthy ship!

If you need more information about tax on property lettings or tax and your business please get in touch with us at Inform.
Read our last tax blog Five-top-tax-free-benefits
Share on: