George, the Autumn Statement, your business, and you 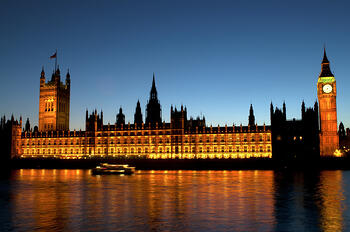 There was something for everyone as George Osborne delivered his annual Autumn Statement on 3 December. Never mind ‘staying on course for prosperity’, what effect will the announcements will have on our business and our family?

Small businesses were happy to hear one golden nugget from Mr Osborne’s Autumn Budget – the news that the Small Business Rate Relief will be extended to April 2016. It means that around 385,000 businesses will continue to get 100% relief from business rates until 2016 with a further 190,000 feeling the benefits of tapered relief.

A helping hand for innovative businesses

Encouragement for business innovation in the UK was given a boost in the Autumn Statement with an increase in Research and Development (R&D) tax relief. It will rise from 225% to 230% from 1 April 2015.

From April 2015, employers National Insurance Contributions (NICs) for their employees under 21 years old (and not earning more than the Upper earnings Limit) will be wiped out. And to encourage businesses to take on apprentices, there is to be no employers NIC payable for apprentice wages (as long as they are under the age of 25 from 6 April 2015). It could be the boost your business really needs.

The showstopper of the Autumn Statement was the announcement on stamp duty and the change in way it is now calculated, with immediate effect, a whopping 98% of homebuyers the UK are expected to feel the benefits of a much fairer system. In a nutshell the changes look like this:

Personally, allowances are looking up

Good news was also delivered on the topic of annual personal allowance which will rise to £10,600 from April 2015 – a whole £100 more than originally expected bringing a tax free amount of £883 a month, and better than a poke in the eye with a sharp stick!

A surprise change to Individual Savings Accounts (ISAs) and that news that, as well as increased limits to £15,240, with immediate effect, if someone dies, their husband or wife can now inherit their ISA and keep its tax free status.

Obviously, there were lots of other changes covered in the Autumn Statement and we have only brought you a select few but if you’d like to find out more about how these, and other changes delivered by George Osborne could affect you as an individual, or as a business owner, please do get in touch.