Directors’ Loan Accounts - what are they and should I be using one? 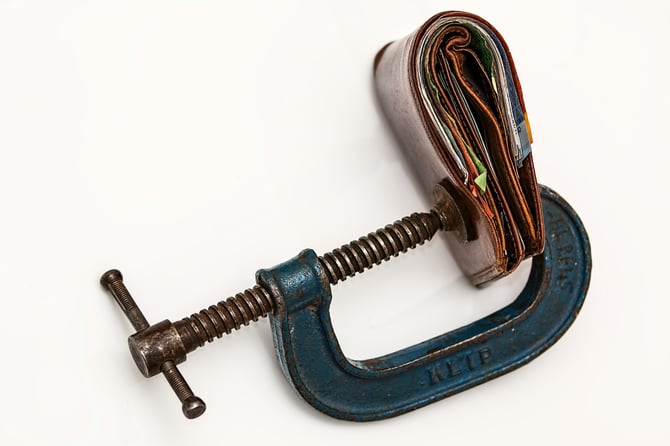 Director’s loans, under the right circumstances, can help in the planning of withdrawing funds from a company in the most tax efficient way. This of course does imply that there are tax implications for both companies and individuals associated with Directors’ loans - so let’s take a look.

What is a director’s loan account and who can take one out?

Before delving into the world of tax, it’s important to first understand just exactly what is a director’s loan, and who can take one out?

A director’s loan is a loan taken out of the company that is not in replacement of a salary, dividends, expense reimbursement, or to repay an existing loan made or funds introduced to the company.

To benefit from the full tax advantages available, the director taking out the loan must also be a shareholder. These loans can also be taken out by close family members of a shareholder.

Any of the director’s personal expenses paid through the company will also be coded to this account.

So what are the benefits of taking out a director’s loan?

Eligible directors (especially those of ‘family companies’), can potentially benefit from borrowing up to £10,000 without being liable to tax.

Although, a temporary tax charge will be payable if the loan is not repaid within 21 months, and interest will need to be charged at the official rate (set by HMRC and currently 2%) to avoid a tax charge in this period.

There are possible tax implications for both the company making the loan and the individual receiving the loan.

However, tax paid by the company (known as Section 455 (S455) tax) is usually temporary, and can be reclaimed from HMRC once the loan has been repaid in full.

The tax responsibilities of parties to the loans will be influenced by:

Company’s responsibilities for tax on lendings

Companies bear much of the responsibility on these loans, and as noted already, will be affected by when the loan is repaid or written off.

Loans repaid within 9 months of the year end

Corporation tax (S455) is repayable to the company once the loan has been permanently repaid, but interest on the loan cannot be repaid (unless repaid out of taxed income).

Anti-avoidance rules are in place to prevent companies from avoiding paying S455 tax by repaying loans and withdrawing funds shortly after. This is known as bed and breakfasting.

If within 30 days either side of making a repayment of £5,000 or more funds re-borrowed, S455 is charged on the lower of the amount repaid and the funds borrowed (unless repayment is out of salary or dividend).

The result of this treatment, and hence the purpose of the anti-avoidance rule, is that it is not usually tax effective to repay a loan and reborrow within a 30-day window.

Loans not repaid within 9 months of the year end

Where loans are not repaid within nine months of the end of a company’s corporation tax accounting period:

A company may decide to write off a loan, in which case Class 1 National Insurance (NI) should be deducted by the company, through its payroll.

If a loan is over £10,000 at any time in the year, it must be treated by the company as a benefit in kind and deduct Class 1 NI.

Individual’s responsibilities for tax on borrowings

If a director’s loan is not going to be repaid, a company may write-off the loan. However, the responsibility for tax then falls on the borrower, who must pay tax on the loan as though it were dividend income through a self assessment tax return.

Likewise, if a director’s loan is over £10,000, it must be reported on that individual’s self assessment tax return.

The official interest rate to be charged on director’s loans is determined by HMRC, and has been 2% since April 2021.

A company may choose, however, not to charge interest on the loan (known as a beneficial loan). Where this is the case, any interest received by the company below the official rate must be treated as income, and the discounted interest treated as a benefit in kind for the director.

The director would need to report this ‘income’ in their self assessment tax return, and tax may have to be paid on the difference between the interest paid and the official interest rate.

As mentioned above, there are anti-avoidance rules in place to prevent companies avoiding S455 tax. However, the tax can be legitimately avoided if the loan is fully repaid permanently within nine months and one day after the end of the period

There are other options to clear an overdrawn loan account:

Given that S455 tax is a temporary tax charge levied on the company and can be reclaimed, it may be most beneficial for director’s to wait to repay loans until the new tax year, as long as the company has the cash reserves to pay the S455 tax.

Knowing when to repay a director’s loan, and understanding the tax implications for both the company and yourself can be tricky. At Inform Accounting, our experienced team are on hand to advise you and make sure you’re as tax efficient as possible.

If you’re interested in our tax planning services, give us a call on (0121) 667 3882, or email our Business Development Manager at charlie.sangha@informaccounting.co.uk to see how we can help.

Struggling to pay tax – What should you do?

Remember to declare COVID-19 grants on your tax return

Taxing cryptoassets: what you need to know