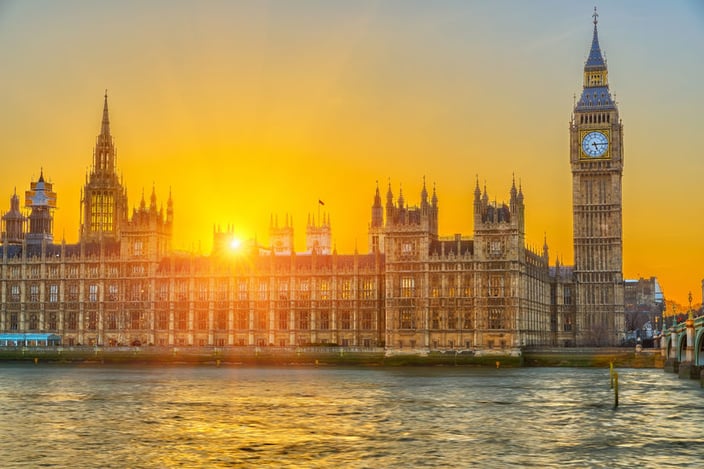 Philip Hammond delivered his 2016 Autumn Statement on 23 November and announced it will be the last of its kind.  There will be a Spring Budget in 2017 followed by a second Budget later in the year followed by annual winter Budgets. One of the reasons for this change is to allow Finance Bills to be introduced with sufficient time for Parliament to scrutinise any proposed tax changes and to reach Royal Assent during the following spring and before the start of the new tax year. In addition, the Spring Budget will be replaced by a Spring Statement, starting in 2018, and there will be greater consultation on draft legislation.

The following summary is based upon material made available on the gov.uk website following the Chancellor’s statement.

As announced in the 2016 Budget, legislation to be introduced in Finance Bill 2017 and having effect from April 2017 will allow an employee to make a payment in return for a benefit in kind and reduce the taxable value of the benefit as long as the payment is made by 6 July in the following tax year.

From April 2017, an employee who is required to give evidence in court will no longer be subject to tax on legal support provided by the employer.

In addition, Finance Bill 2017 will include provisions intended to clarify existing legislation so that employees will only be taxed on business assets for the period the assets are made available for private use.

The Government intends to carry out a review of how benefits in kind are valued and will publish a consultation document on employer-provided living accommodation.

The Government has confirmed its intention to simplify the process for applying for and agreeing PSAs. Legislation will be included in Finance Bill 2017 to take effect from the 2018-19 tax year.

The Government is to introduce legislation intended to ensure profit allocations to partners are fairly calculated for tax purposes. Draft legislation will be published for consultation.

The proposed increase in the annual subscription limit to £4,128 will take effect from 6 April 2017.

As announced in the 2016 Budget, two new income tax allowances of £1,000 each for property and trading income. Individuals with income below the level of the allowances will no longer need to declare or pay tax on that income. The trading income allowance will also apply to certain income from providing services or assets.

The Government intends to carry out a review of income tax relief for employees’ business expenses, including those which are not reimbursed by the employer.

As announced in the 2016 Budget, from April 2018 termination payments in excess of £30,000 which are subject to tax will also be subject to employer NICs.

As widely predicted, measures will be introduced, taking effect from April 2017, to ensure that benefits provided as part of a salary sacrifice scheme will be treated the same as cash income. Pensions, pension advice, childcare, cycle to work schemes and ultra-low emission cars will be exempt from the new rules. Any arrangements in place before April 2017 will be protected from the new rules for up to a year and arrangements involving cars, accommodation and school fees will be protected for up to four years.

As announced in the 2016 Budget, Finance Bill 2017 will include legislation to amend the disproportionate tax charges arising on some surrenders and assignments of life insurance policies from 6 April 2017 and, with effect from Royal Assent, legislation relating to the list of assets which life insurance policyholders can invest in without triggering certain anti-avoidance provisions.

The Government has concerns that some companies are not using employee shareholding status as intended. Income tax reliefs on the receipt or buy-back of shares issued to an employee under an employee shareholder agreement will be withdrawn as will the capital gains tax exemption relating to shares received for entering such an agreement. An individual who before 23 November 2016 has taken independent advice on entering an agreement has, depending upon exactly when the advice was received, until 1 December or 2 December 2016  to enter an agreement and still receive the income tax and capital gains tax advantages.

The Government has confirmed its commitment to cut the corporation tax rate to 17% by 2020.

Legislation to be included in Finance Bill and taking effect for accounting periods commencing on or after 1 April 2017 will ensure that two or more companies carrying out research and development under a “cost sharing arrangement” are neither penalised by nor are able to benefit from their arrangement.

As announced in the 2015 Autumn Statement, Finance Bill 2017 will include tax relief for certain contributions to grassroots sport from 1 April 2017.

In a separate related announcement, the Government has undertaken to review the R&D tax system of reliefs in an effort to make the UK an even more competitive place to carry out R&D.

In the interests of promoting the wider uptake of electric vehicles, expenditure incurred on electric charge point equipment on or after 23 November 2016 will qualify for a 100% first-year allowance. The allowance will expire on 31 March 2019 for corporation tax purposes and 5 April 2019 for income tax purposes.

HMRC are making a stand against “limited cost” businesses they see as unfairly benefitting from the flat rate scheme. From 1 April 2017 flat rate scheme businesses must determine whether they meet the definition of a limited cost trader. Limited cost traders are defined as those whose VAT inclusive expenditure on goods is either less than 2% of their VAT inclusive turnover in a prescribed accounting period or greater than 2% of their VAT inclusive turnover but less than £1000 per annum if the prescribed accounting period is one year (if it is not one year, the figure is the relevant proportion of £1000).Such traders will be required to apply a flat rate scheme percentage of 16.5%.

To make matters worse, excluded from the definition of goods are capital expenditure, food or drink for consumption by the flat rate business or its employees, vehicles, vehicle parts and fuel (except where the business is one that carries out transport services).  These exclusions are part of the test to prevent traders buying either low value everyday items or one off purchases in order to inflate their costs beyond 2%.

Paying or invoicing in advance to avoid an increase in tax is known as forestalling. Anti-forestalling legislation has also been published to prevent any business defined as a limited cost trader from continuing to use a lower flat rate beyond 1 April 2017. Draft secondary legislation will be published on 5 December 2016 and businesses will have 8 weeks to comment.

This will affect most personal services companies, consultants, locum doctors and engineers using the flat scheme who will be forced to apply a higher flat rate scheme percentage or leave the scheme completely. Any businesses that trade below the threshold but have registered for VAT voluntarily to use the flat rate scheme because they have minimal costs could also be affected. Presumably businesses will need to apply the test on an annual basis by looking at their previous year’s purchases, although the press release does not make that clear. This may mean that small businesses on the scheme will need to keep something close to full VAT records which is precisely what the scheme is intended to avoid!

VAT:  Tackling exploitation of the VAT relief on adapted cars for wheelchair users

The Government will clarify the application of the VAT zero-rating for adapted motor vehicles to stop the abuse of this legislation, while continuing to provide help for disabled wheelchair users.

As announced at Budget 2016 and following consultation, legislation will be introduced in Finance Bill 2017 to make scheme promoters primarily responsible for disclosing schemes to HMRC and the scope of the regime will be extended to include all indirect taxes. This will have effect from 1 September 2017.

VAT: Penalty for participating in fraud

As announced at Budget 2016 and following consultation, the government will legislate in Finance Bill 2017 to introduce a new penalty for participating in VAT fraud. It will be applied to businesses and company officers when they knew or should have known that their transactions were connected with VAT fraud. The new penalty will be a fixed rate penalty of 30% for participants in VAT fraud. This will be implemented following Royal Assent of the Finance Bill 2017.

HMRC will provide funding with a view to digitising fully the Retail Export Scheme to reduce the administrative burden to travellers.

The annual charges will rise in line with inflation for 2017-18.

The crackdown on tax avoidance continues with new penalties which may apply to advisers who assist taxpayers in the use of failed avoidance schemes. Measures will also be introduced to limit a tax avoider’s defence against penalties in certain cases. Anti-avoidance legislation intended to counter disguised remuneration schemes will be extended to include similar schemes used by the self-employed and tax relief for an employer’s contributions to disguised remuneration schemes will be denied unless tax and national insurance is paid within a specified period.

Inform are here to help you so please contact us if you need further information on any of the changes or any other tax related matters.

How to make the most of the personal tax account

What is changing with termination payments?

What is cash basis- Is it for you?

What can employees claim tax relief on