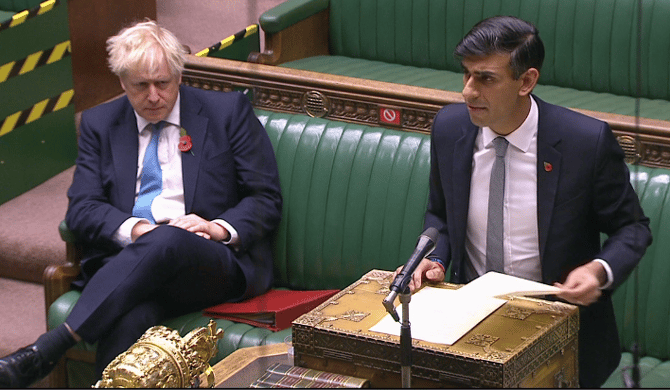 In a statement to the House of Commons earlier today (5 November), Chancellor Rishi Sunak set out his plans to extend the Coronavirus Job Retention Scheme from early December to the end of March.

This follows an earlier announcement on Saturday that the furlough scheme would be extended to the end of this November.

In addition to this extension to the furlough scheme, he also announced some other measures, which include:

How will it work?

Furloughed employees will receive 80% of their usual salary for hours not worked, up to a maximum of £2,500 per month.

Furlough grants will continue to be paid on the basis of claims submitted through the HMRC portal after calculating employees’ payroll. The system will open for claims from 8am Wednesday 11 November and claims for this month must be made by 14 December 2020. Subsequent claims should be submitted by the 14th of the following month.

What are the costs for employers?

The revised scheme allows employers the flexibility to use staff for any amount of time and shift pattern, including furloughing them full-time. The employer will not have to pay wages for hours not worked, but will be asked to cover employer national insurance and pension contributions for the whole furlough period.

The Treasury explained that neither the employer nor the employee needs to have previously claimed or have been claimed for under CJRS to lodge a claim under the extended CJRS, but then stipulated that the employer needed to have made a PAYE Real Time Information (RTI) submission to HMRC between 20 March 2020 and 30 October 2020 for that employee.

Employees who were made redundant or stopped working after the Job Support Scheme was announced on 23 September can be re-employed and put forward for furlough grants.

The scheme will be reviewed in January, and the Treasury may then take a view to ask employers to make a greater contribution if the economic circumstances seem to be improving.

With the extension of the CJRS through January, this does mean that the Job Retention Bonus that had been planned for February has been scrapped. Although, this was followed by a comment that a retention incentive will be deployed at an appropriate later date.

As of 2 November, the Government announced that the Coronavirus Business Interruption Loan Scheme (CBILS), due to finish at the end of November, will be extended until 31 January 2021.

In need of support with your furlough claims? Cash strapped and seeking additional financial support, whether CBILS, BBLS or other finance? Get in touch with us today on (0121) 667 3882 or email us at hello@informaccounting.co.uk to find out how we can help.